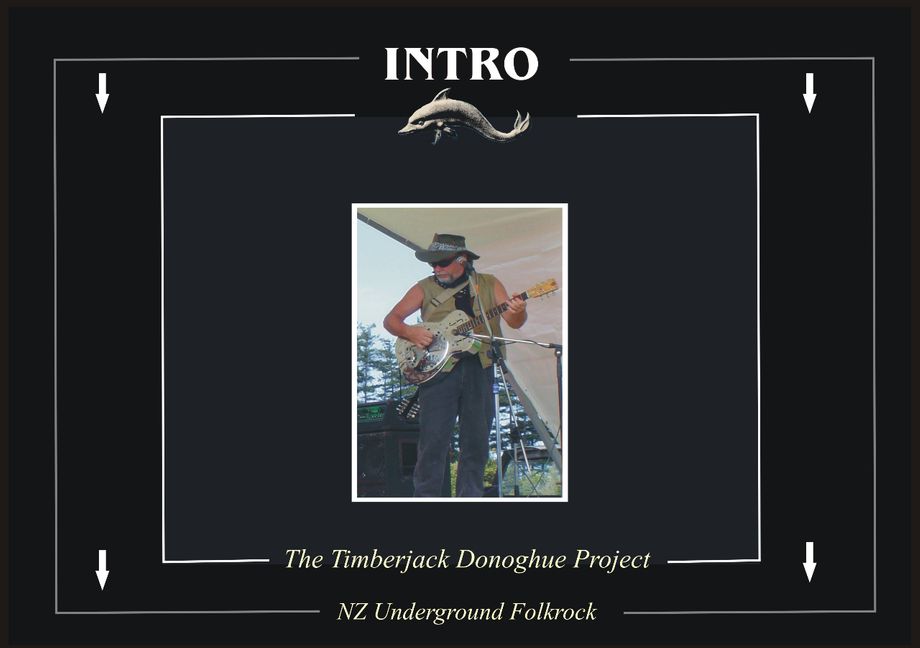 John Donoghue is an award-winning New Zealand musician best known for his associations with a long list of NZ folk and rock bands.

The "Timberjack Donoghue Project" is a platform for his own original compositions.

His first original song recorded as "Timberjack Donoghue" was the hit single "Dahli Mohammed," released on the Ode (NZ) label in 1972 and a nominee for New Zealand "Single of the Year" (Loxene Golden Disc Award)

The following year, while a guitarist in NZ rockband The Human Instinct, he recorded an album of original folkrock songs for Ode entitled "Spirit of Pelorus Jack," which won New Zealand  "Album of the Year Award."

In 1975 he recorded one more album of original songs for Ode ("Timberjack Donoghue") before retiring from his solo recording career to continue his life as a working musician. (see History Section)

In 2010 he recommenced the Timberjack Donoghue Project by making the first of what has now become an annual appearance showcasing his original repertoire. (see History: Chapter 4 part 4) These live performances take place on the Wakastage at Waitangi Treaty Grounds, Bay of Islands, New Zealand, each Waitangi Day. (Feb 6th)

This official homesite contains the Timberjack Donoghue story as told in his own words.

To go to the Timberjack Donoghue History Section, click here